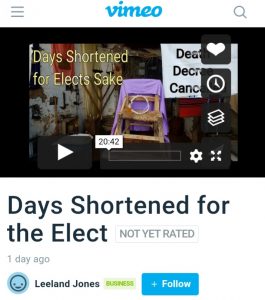 I’d like to show you a further aspect of the “Hosanna Procession” for the King and Mordecai or the manchild. As remarkable as it is to consider the great honors of the King, its even more amazing to think He shares the honors with others.

First we.must understand from Daniel 7 this principle that in Christ’s first coming the Father is Ancient of Days and He’s Son of Man. However in His second coming He’s King of Ages and the manchild is the son of man.

The books are opened, including Esther and the אֵת Scroll.of Memorial in Est 6:1. So in His first coming the Father is the King that desires to honor the Son, “this is My Son in whom I’m well pleased” which is in Est 6:3 “What honour and dignity hath been done to Mordecai?”

Est 6:4 gives us an Aleph Tav before Mordecai, “אֶֽת־ Mordecai” telling us that what is transpiring is for Aleph Tav Himself. Also notice “the אֵת man” in verse 9 again confirming that this is Aleph Tav in both His first coming and second in the heavenly “Hosanna Procession.”

We see this again with more description in Est 8:14 when “the decree was issued in Susa the citadel/palace.
15    Then Mordecai went out from the presence of the king in royal robes of Blue (h8504 תְּכֵלֶת teḵêlet) and white, with a great golden crown and a robe of fine linen and Purple ( אַרְגָּמָן ’arg̱âmân) , and the city of Susa shouted and rejoiced.

Then in verse 16 we can see this was fulfilled be Christ on the Feast Day of Passover.
The Jews had herbs ( אוֹרָה ’ôrâ branches) and gladness and joy and honor. And in every province and in every city, wherever the king’s command and his edict reached, there was gladness and joy among the Jews, a feast and a holiday.

This we saw this clearly in Mat 21 but now let’s look at the Hosanna Procession in Revelation
7:9 clothed with white robes, and palms in their hands;
v12 Amen: Blessing, and glory, and wisdom, and thanksgiving, and honour, and power, and might, be unto our God for ever and ever. Amen

Thus we conclude the scene of Mat 21 and Esther are reenacted again, first with the King and then the mystery of Mordecai.
We’re suggesting that the Mordecai being honored in Esther 8:15 has no Aleph Tav thus is the manchild being honored after the “Hosanna Procession!”

Consider everything Christ is bestowed in pageantry and honor, He shares with overcomers.
° Horse Garment 19:13 And the armies which were in heaven followed him upon white horses, clothed in fine linen, white and clean.
3:5 He that overcometh, the same shall be clothed in white raiment
° Rod of Iron 2:26 I give power over the nations: And he shall rule them with a rod of iron; as the vessels of a potter shall they be broken to shivers: even as I received of my Father
° Crown 3:11 hold that fast which thou hast, that no man take thy crown
° Anointing 3:18 Anoint thine eyes with eyesalve, that thou mayest see.
° Bread and Wine 3:20 if any man hear my voice, and open the door, I will come in to him, and will sup with him, and he with me.
° Thrones 3:21 To him that overcometh will I grant to sit with me in my throne, even as I also overcame, and am set down with my Father in his throne

This honoring of the manchild would be after Passovee and before the 23rd day of the 3rd month when the scribes were assembled in Est 8:9.

The Scroll of Esther in chapter 7 also sheds light on Haman being “the accuser of the brethren being cast out.” And it shows the woman being given the dominion of the two eagles wings in the form of the ring seal.
Est 8:2 And the king took off his ring, which he had taken from Haman, and gave it unto Mordecai. And Esther set Mordecai over the house of Haman.

Continuing on the Series “Its All about Anointing and Crowning the King” we look at the Parable of the Trees in Judges 9 showing the marvelous sacrifice paid and suffering Christ endured in His 1st Coming is rewarded with great power and glory in His 2nd Coming.

The Parable of All the Trees is stated in Luk 21:29 would include the Olive, Fig, Vine and Thorn when the trees go about Anointing a King as seen in Judges 9.

Weve seen how Mat 21 and Ps 118 with Esther 6 give insight into the “Hosanna Procession” in heaven. Now we’ll look at how the Olive, Fig, Vine and Thorn are seen in crucifixion dispaying the Anointed King through suffering, humiliation, pain and death for the sins of mankind.

So in the place of Olives the King is Anointed for burial, the Fig Tree is cursed, the Vineyard is where they killed the Son and placed a crown of Thorns on His Head.

– The trees went forth on a time to Anoint ( מָשַׁח mâšah) a King over them Jdg 9:8
° King Anointed in Jn 12:3 Then took Mary a pound of ointment of spikenard, very costly, and Anointed the feet of Jesus, and wiped his feet with her hair: and the house was filled with the odour of the ointment.

– Olive Tree Jdg 9:9 But the olive tree said unto them, Should I leave my fatness, wherewith by me they honour God and man, and go to be promoted (shaken) over the trees?
° Mat 21:1 And when they drew nigh unto Jerusalem… unto the mount of Olives

– Fig Tree Jdg 9:10 And the trees said to the fig tree, Come thou, and reign over us.    But the fig tree said unto them, Should I forsake my sweetness, and my good fruit, and go to be promoted (shaken) over the trees?
° Mat 21:18 He hungered.    And when he saw a Fig Tree in the way, he came to it, and found nothing thereon, but leaves only, and said unto it, Let no fruit grow on thee henceforward for ever

– Vine kill Son Jdg 9:12 Then said the trees unto the vine, Come thou, and reign over us. And the vine said unto them, Should I leave my wine, which cheereth God and man, and go to be promoted over the trees?
° Mat 21:33 Hear another parable: There was a certain householder, which planted a Vineyard, hedged it round about, digged a Winepress in it, and built a Tower, and let it out to husbandmen. 38 when the husbandmen saw the Son, they said “This is the heir; come, let us kill him, and let us seize on his inheritance.”

-Bramble/Thorn Jdg 9:14 Then said all the trees unto the bramble, Come thou, and reign over us. And the bramble said unto the trees, If in truth ye anoint me king over you, then come and put your trust in my shadow: and if not, let fire come out of the bramble, and devour the cedars of Lebanon.
° Mat 27:29 And when they (soldiers) had platted a crown of Thorns, they put it upon his head

The fig tree cursed represents any king anointed before Jesus Christ is cursed.

He Cleansed the Temple overthrowing the Seats then…
Mat 21:19  he Hungered.    And when he saw a fig tree in the way, he came to it, and found nothing thereon, but leaves only, and said unto it, Let no fruit grow on thee henceforward for ever. And presently the fig tree withered away.

The fig tree withered is in Jer 8:13 the figs withered

He’s saying, “No one can take this Seat, no one can be anointed king until i come back!”
“Anyone that tries to take this Seat in this temple will be cursed”

The fig tree represents seats in the temple and anointing a king.

The purpose of this website is to serve as an Education Center, a School on the Book of Revelation as an extension of the Leeland Jones Youtube Channel.
Blessed are the wise that understand the words of the prophecy.
The Enoch Calendar has a page designed with resources on the Calendar, Feasts and Timing as seen in the Book of Revelation: https://leelandjones.com/
________