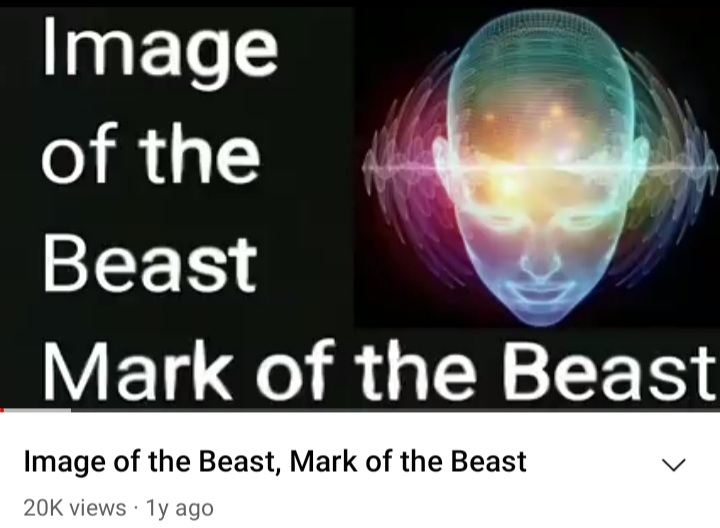 Image of the Beast, Mark of the Beast: https://www.youtube.com/watch?v=tK7HVSdmTvk&list=PLXqaGD7sX9gYBsU7Zg_EMEsWOi0IJapp_&index=9

We’re going to have a lot of concepts in this video, that you may not understand, but it’s so Critical!  The Balance of Souls is Weighing in the Balance!  We have a whole playlist on many of these concepts, but we’re showing you the Timing!  We’re showing you the significance of the Image of the Beast.

Wisdom means Sophia in Greek.  To make an Image to the Beast. Power was given to the Beast that it should speak!  So we have a talking Robot, that is fulfilling this Image of the Beast! This is taking place right before our Eyes!  So A.I. is the Power that gives Life to the Image of the Beast!  And, we are explaining this is a Seed War!

It’s the Woman’s Seed against the serpent seed, it is the Pharmakia which is the Mark of the Beast!

And it’s a Precise Day!  We’re going to show you that YES, there is a Precise Day, as we have announced that the Mark of the Beast goes into affect!  Dedication in the Hebrew is Hanukkah!  So clearly the Dedication to the Beast would take place on Hanukkah, and it’s the serpent seed!

It’s a Statue of Nebuchadnezzar set up!  BUT we can see right here, they even told you what year: 2020!!!  The Year of the Pharmakia, the Year of the Mark of the Beast!

And we’re going to Prove That!  But what is the Mark of the Beast?  What is the charagma?

Charagma is the ancient Greek word for Mark, and it means to etch something on a Stone!

And here you can see a Stone and a Hand in the ancient Times, it’s a way to Track and Identify People, it’s the ID Card!  And they will Track you and ID you, with this Pharmakia!

{Revelation 13:8  And all that dwell upon the earth shall worship him, whose names are not written in the book of the life of the Lamb slain from the foundation of the world.

Revelation 2:17 He that has an ear, let him hear what the Spirit says unto the called out assemblies; To him that overcomes will I give to eat of the hidden manna, and will give him a white stone, and in the stone a new name written, which no man knows saving he that receives it.}

The Mark of the Beast determines ‘Who’s’ on the people’s Seat!  2 Corinthians 6:16 What communion hath light with darkness?  And what agreement does the Temple of God with idols?  How can an Idol be in the Temple, for you are the Temple of God!

And the AntiChrist will go into the Temple!  2 Thessalonians 2:4 so that he as God sits in the temple of God, showing himself that he is God. He’s going to sit on a throne in the third temple.

And the Harlot also corrupts the people!

(1 Corinthians 6:15) Know you not that when you are joined to harlot that you are one with her? It’s like being married, the two become one flesh!  But he that is joined unto the Lord is one spirit. Know ye not that your body is the temple of the Lord?

Nebuchadnezzar, he dedicated a statue, which you see there on the left!  60 cubits high, 6 cubits wide.  And he told them to come to the Dedication of the Image!  The Hanukkah of the Image!  So we have the Time period of the Image, of the Mark of the Beast, of the Statue!  It’s what?  Hanukkah!  But WHEN?

And, the Sanhedrin has shown you the same thing on their Coin! Daniel 10:1 In the third year of Cyrus the king of Persia, the thing was revealed!

And the Image of the Beast!  It’s Ceasar on a Coin!  (Matt 22) Christ said, Shew me the tribute money. And Whose is the image (eikon in the Greek) and inscription?  They say unto him, Ceasar.  So the word Image (eikon) to the Beast is the same word that’s on the COIN!!!

So the Image of the Beast is also MONEY, the Beast in the Book of Revelation!  During Christ’s time, their currency was Ceasar on the Coin!  They could NOT buy or sell without a Coin with Ceasar on it, with the Beast on it! Okay?

And we see that in Revelation 13:7 And that no man might buy or sell, save he that had the mark, or the name of the beast, or the number of his name.

So Precisely on December 8th, 2020, the Son of Perdition announced this Program that you see, to administer the injection, on this Precise Day! Now we can see that this Day is a Precise Year that it would take place, and a Precise Month, and a Precise Day, per the Enoch Calendar!

That is why the Sanhedrin minted the Coins, ‘Cyrus My Mashiach King’.  So, that relates to the Prophecy there you see in Daniel, unto the Decree of Cyrus!

And you can see this Year 2020, they issued the other side of the Coin saying the 3rd Year of Cyrus.

It’s the 3rd Year on the Coin in ancient Hebrew.  And earlier this Year in 2020, they released the Coin of the Abraham Accords, WITH THE MARK OF THE BEAST, THE SYRINGES, in the Sword! All of the Elements that we’re explaining in this video, all these Elements are in the Sword: with the Syringe, the Injection, the A.I., with everything that we are telling you in this video.

Now, the Solar Eclipse was also the Sign and Marker, in South America, this is Chille!  And the people are excited.  But this is Marking IN THE SKY, the Precise Time Period of when the Injection is Physically administered.  The people, after the Son of Perdition, Marked it on the 24th Day of the 9th Month, you have the Solar Eclipse, on December 14th, 2020!  Amazing!

Okay, so that Solar Eclipse over South America, IS TELLING US ABOUT THIS TIME!  An Ominous Sign in the Heavens showing us that This is the Mark of the Beast, taking place over the whole Earth!  The Prophecies spoke!  The Prophecies have Spoken of: 2,000 Years ago in the Book of Revelation!

We can’t make this more clear to the people!  The Mark of the Beast includes 4 Things!  What are they?

Some people say, Well where’s the Mark on the hand, Leeland?  Well, it’s the Quantum Dot Tattoo!  Most of you know this, but look this up if you don’t know.  There’s a certain stamp.  You put on the Stamp, within the stamp is Luciferase, which is Light, which can be Tracked.  It shows your location and includes the injection, all in one!

So there you see the injection, it releases this Light, it’s called Luciferase.  So now we have the Name of the Beast!

This may be coming up in the 2nd Wave of the injections, the 1st Wave of injections may not work!  There’s rumors of that, I’m not sure!  But we know that this Must happen, because the 1st Bowl, the Result of the Bowl is Evil and Wicked Sores, from the Mark of the Beast!

So the Mark of the Beast has to have Health Issues! Alright?  There has to be an Image to the Beast!  So it does, it Changes the DNA!

There’s a whole playlist on this, it these concepts and these things you don’t understand.

This is really a video that you want to Share with people!

Please Share This! Maybe these things will get someones Attention? Maybe someone will understand what’s going on, and Change their Life to Jesus Christ!  That’s why we do these video’s, to Save Souls from going to the Lake of Fire!

Thanks for watching, and God bless you! ~ Leeland Jones

What’s The Mark of the Beast playlist: https://www.youtube.com/playlist?list=PLXqaGD7sX9gYBsU7Zg_EMEsWOi0IJapp_

THE RISE, THE WOUND, AND THE RETURN OF DONALD TRUMP: A CASE FOR THE BIBLICAL ANTICHRIST. (A THREAD): https://dontspeaknews.com/2022/06/26/the-rise-the-wound-and-the-return-of-donald-trump-a-case-for-the-biblical-antichrist-a-thread/

This site is intended for educational purposes only and is not a substitute for advice, diagnosis or treatment by a licensed physician. It is not meant to cover all possible precautions, drug interactions, circumstances or adverse effects. You should seek prompt medical care for any health issues and consult your doctor before using alternative medicine or making a change to your regimen.