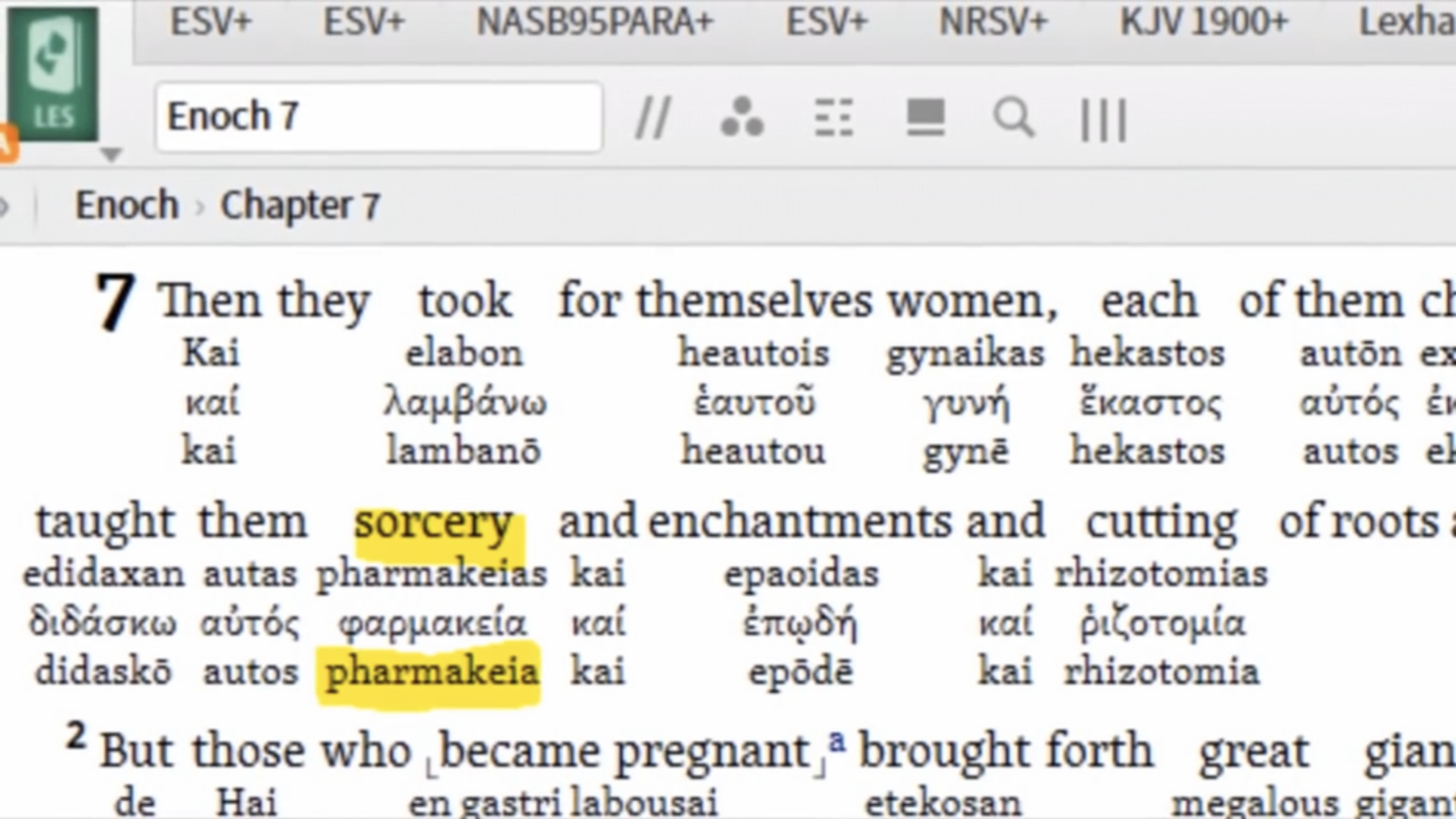 “And all the others together with them took unto themselves wives, and each chose for himself one, and they began to go in unto them and to defile themselves with them, and they taught them charms (sorcery/Pharmakeia) and enchantments, and the cutting of roots, and made them acquainted with plants.”-Enoch 7:1

“And it came to pass, when men began to multiply on the face of the earth, and daughters were born unto them, 2 That the sons of Elohiym (God) saw the daughters of men that they were fair; and they took them women of all which they chose. 3 And Yahuah said, My Ruach (Spirit) shall not always strive with man, for that he also is flesh: yet his days shall be a hundred and twenty years.”-Genesis 6:1-3

In case you were distracted with the good cop/bad cop sceneria being played out accross the globe, or if you are part of a church that has a 501-3c, here is what you may have missed: Major Hanukah Events:

“And the third angel followed them, saying with a loud voice, If any man worship the beast and his image, and receive his mark in his forehead, or in his hand, 10 The same shall drink of the wine of the wrath of Elohiym (God), which is poured out without mixture into the cup of his indignation; and he shall be tormented with fire and brimstone in the presence of the holy angels, and in the presence of the Lamb. 11 And the smoke of their torment ascends up forever and ever: and they have no rest day nor night, who worship the beast and his image, and whosoever receives the mark of his name.” – Revelation 14:9-11

“And I saw as it were a sea of glass mingles with fire: and them that had gotten the victory over the beast, and over his image, and over his mark, and over the number of his name, stand on the sea of glass, having a kithara of Elohiym (God).” – Revelation 15:2

“And I heard a great voice out of the Temple saying to the seven angels, Go your ways, and pour out the vials of wrath of Elohiym upon the earth. 2 And the first went, and poured out his vial upon the earth: and there fell a noisome and grevious sore upon the men which had the mark of the beast, and upon them which worshipped his image.” – Revelation 16:1-2

“And upon her forehead was a name written, MYSTERY, BABEL THE GREAT, THE MOTHER OF HARLOTS AND ABOMINATIONS OF THE EARTH.”- Revelation 17:5

“And I saw the beast, and the kings of the earth, and their armies, gathered together to make war against him that sat on the horse, and against his army. 20 And the beast was taken, and with him the false prophet that wrought miracles before him, with which he deceived them that had received the mark of the beast, and them that worshipped his image. These both were cast alive into a lake of fire burning with brimstone.”- Revelation 19:19-21

“And I saw thrones, and they sat upon them, and judgment was given unto them, and I saw the souls of them that were beheaded for the witness of Yahusha (Jesus), and the Word of Elohiym (God), and which had not worshipped the beast, neither his image, neither had received his mark upone their foreheads, or in their hands; and they lived and reigned with Mashiach (Christ) a thousand years.” – Revelation 20:4 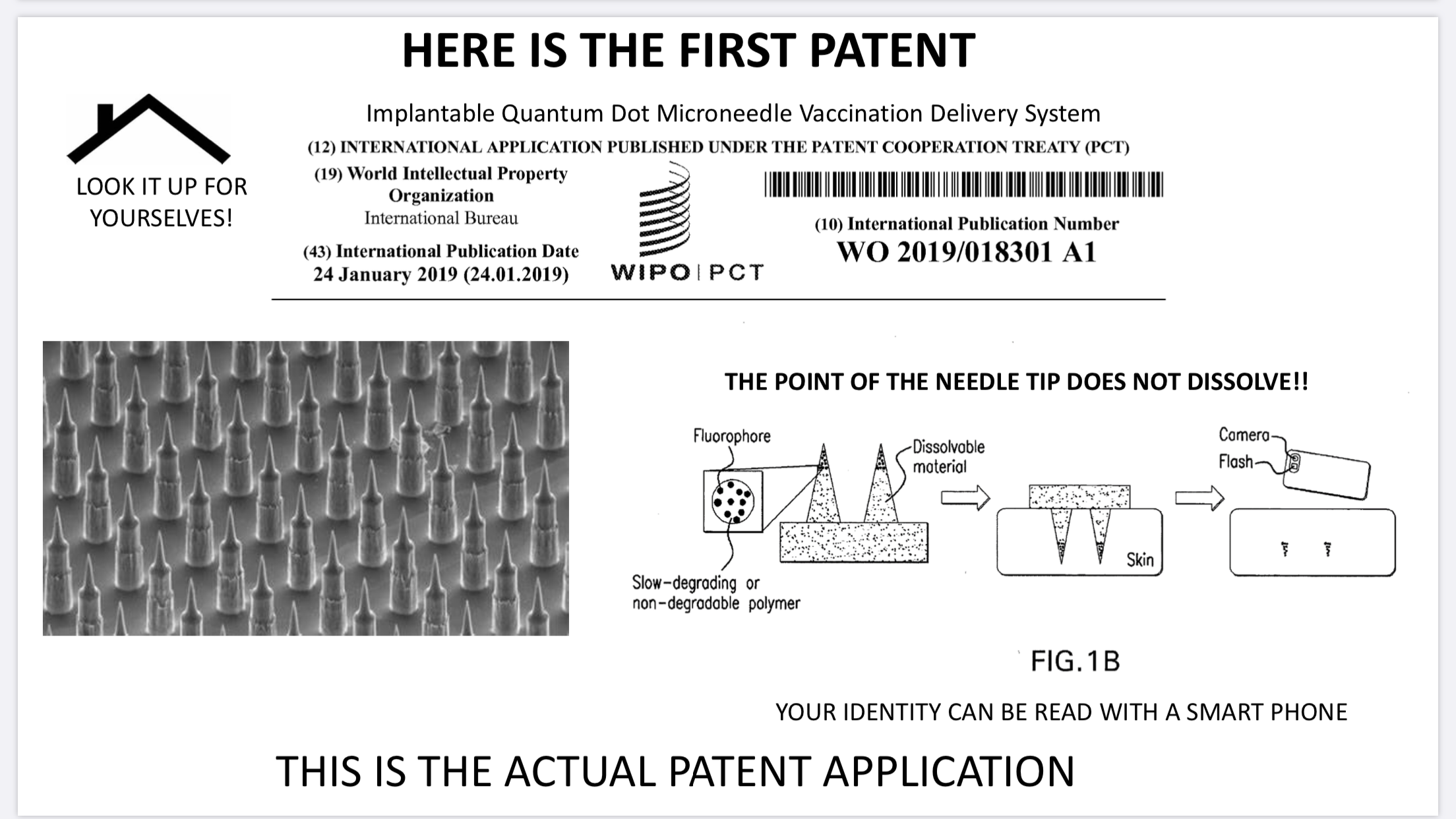 Hmmmmmm…… I wonder ……By infecting humans with the X-chromosome, Borrelia Spirochete engineered “frankenstein PARASITE”, the “TRAUMA” antennas for ongoing Skull & Bones SS Mind Control Operations, now global MKULTRA, the powers that be (Ephesians 6:12) have been slowly replacing the  efficacy of  human mitochondria that humans get from their mom (Genesis 3:20), with ‘beast’ like  mitochondria that causes latent viruses to run wild in re-writing their DNA or mRNA codes into human  cells DNA? To complete the job of taking over the  human body that God calls a ‘temple’  (1 Corinthians 6:19), if possession is not  already completed via ‘beast’ system worship (Revelation 14:9-11), they will be marking you by  attaching artificial intelligence: silicon light generating solar cells containing “frankenstein” DNA Lucerferase  which replaces your  God-given intelligence (2 Thessalonians 2:4; Psalm 139:13-16; Isaiah 44:24) in order to control your epigenome, to take  over your thoughts and all other electrical and chemical responses for total control over the temple? Just wondering……

Hmmmmm….it looks like MD’s are already finding signs of these ‘frankenstein’ solar cells, or photovoltaic cells, in the victims blood?: https://www.brighteon.com/0b936426-eaa2-4e9d-8e21-e73f5dfa09b4

The importance of your keeping your God given DNA and cell line:

While YHWH (God) was forming you in your mothers womb (Ps 139:13), He knitted into your  cell and  DNA, your spirit that came from the Father of Spirits (Romans 8:29). Your spirit a.k.a. Intelligence, can influence your DNA. This is called epi-genetics. This epigenome  can be activated by Faith or by the right environment/building blocks. The “powers that  be”  are trying to permanently add an “artificial intelligence (AI) epigenome”… a demonic ‘solar cell’ synthetic life form “gene” into your DNA, which will create in your cells and DNA, a divided house/temple, that makes your cells and DNA only express and use the AI life form building blocks and thoughts.  And as the word of God says in Mark 3:25, “And if a house is divided against itself, that house cannot stand.” This forbidden by God ‘thing’ put into your cells and   DNA   will make you ‘zombie-like’ and as promised by God, it will lead to your “second death” (Revelation 20:12-15)

Now is the time to repent!  If you have not already, asked the real King of Kings and LORD of LORDS, the LORD JESUS CHRIST (Iesous Christos in Greek and in Hebrew, His name is pronounced YAHUSHA HA’MASHIACH)  into your heart to be your Lord and Savior!  Get  baptised in water and  REPENT of your sorceries and  sins, and don’t take the mark!  Keep His commandments, Sabbaths and Feasts (John 3:16-21)! (God’s Sabbath is on Friday night  at dusk to Saturday evening at dusk)  Feast and Sabbaths explained:  https://www.youtube.com/playlist?list=PLXqaGD7sX9gb3nByCCGgByiqufuDE8dQt

Very important to keep and do the LORD’s Supper on His terms, in order to help protect your cell germ line and your God given DNA (1 Corinthians 11:20-34), because  after all, we are going thru the second Exodus!

“Blessed is he that reads, and they that hear the words of this prophecy, and guard those things which are written therein: for the time is at hand.” – Revelation 1:3

Your Sister in Christ,

Jennifer HeathSorcery in Greek is Pharmakeia!07.19.2021