“If you are not your own doctor, you are a fool”.

Up until now, I thought the reason why I wasn’t tested for Lyme disease after falling mysteriously ill two years ago, was because I didn’t have a tick attached to me, with red lines around the bite spot symbolizing infection. Ha! I was WRONG!!!

Apparently, you can have part of a tick attached to you, with clear indications of infection, and doctors aren’t even worried or thinking that there is a remote chance that you could be getting infected by Lyme or any of the co-infections/super bugs that ride along with Lyme disease! I witnessed this first hand when I recently took my poor brother, Richie to the ER to remove a tick that had been embedded in his belly button for at least couple weeks.

Richie thought that the spot in his belly button was a mole. It wasn’t until it continued to grow in size and causing extreme pain in his stomach area did he even think it was something else. His girl friend looked at it and together they tried to remove it with rubbing alcohol, oil and tweezers. The body broke off instead, leaving the head attached to his body. Within 10 minutes, Richie felt like throwing up.   Severe pain radiated at the bite spot and caused his joints in his upper body to ache. A couple of weeks prier, Richie started  feeling fatigue, headaches, flu like symptoms that left his joints aching like his arthritis had moved to other parts in his body.

Once I told the ER doctor that I overcame Lyme disease holistically after I was misdiagnosed for several years, the doctor got an attitude with me. He question that I even had Lyme disease and asked me what doctor treated me and what I did to heal. He then told us that ticks are not out at this time of year. I asked him to look at the tick in my brother’s belly button and he said he would get to that later. After giving my brother a full physical, he finally looked at his belly button. Richie gritted his teeth in extreme pain, when the doctor touched the red infected site and the nose of the embedded tick. The doctor asked my brother what the tick looked like. When Richie told him that it had grown to the size of his small thumbnail, the doctor said that that size tick doesn’t carry Lyme disease. I wanted to laugh at his ignorance, but this was not a laughing matter!

The ER doctor then said he needed to surgically remove the tick head and that he was going to talk to the infectious disease doctor. When he came back into the room, he said that the ID Doc said to give Richie one day of Doxy, antibiotics.   I asked the doctor if he would run blood work and he happily chanted that Lyme disease is hard to diagnose and that the current blood tests don’t detect it.

The doctor proceeded to numb my brother’s stomach to surgically remove the tick. Once he pulled it out and cleaned the area, he said that he was going to give Richie a week of doxy and pain meds, since there is sign of infection. I asked the doctor one more time to please order any type of blood work to see how bad his infection is. The doctor laughed and said, “There is infection, and there is infection”. I thought, “What does that mean and do people really buy into that BS”?

My brother got dressed and we left the ER.

Richie is taking the antibiotic and is already feeling better.   Time will tell if they will work or not. I have given my brother silver spray to help kill the bacteria and any other virus or fungi that he may have gotten from the bite.

There are studies out that prove that antibiotics don’t work! The medical community is hiding this 21st Century Plaque because they have no clue as to how to treat it! It is time to get back to the basics, using God given herbs and foods that can heal the body, like Hippocrates, the founder of medicine taught. 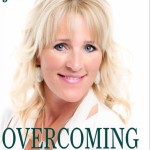 jenniferdarrLyme Disease, The 21st Century Plaque that is being ignored by the Medical Community!04.01.2016