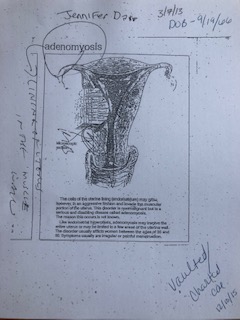 And Jesus answered and said to them, “See to it that no one deceives you” (Matthew 24:4)

As I shared in my book, Overcoming Lyme Disease, on March 7, 2013 during a Transvaginal Ultrasound and Doppler Limited Study, I was diaganosed with an intramaural fibroid, uterine prolapse, and adenomyosis.  I was told eventially I would need surgery and ended up in the ER a few hours later and was diagnosed with Peripheral Edema (swelling of the legs). Needles to say, I ended up having surgery 12 days later.  During surgery I was diagnosed with enterocele and surgery was performed to fix it. I was told my intestine had grown into my uterus.

“The cells of the uterine lining (endometrium) may grow, however, in an aggressisve fashion and invade the muscular portion of the uterus. This disorder is nonmalignant but is a serious and disabling disease called adenomysosis. THE REASON THIS OCCURS IS NOT KNOWN.”

Of course I never got better and was admitted into the hospital 12 days later and almost died from an infected abyscess hemotoma – unspecified! As my story goes, I kept going back to the doctor and saught other doctors as well to figure out why I am now so ill and why I can no longer function without pain.

During an ER run on May 15, 2013, even the dorctor on call said, and I quote, “She had a hysterectomy for fibroids and what sounds like adenomyosis and not endometriosis.” 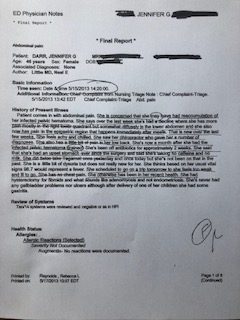 Why would she say that, you may ask yourself?  Well, during all my surgeries and my final surgery on November 4, 2013, my doctor kept calling it endometriosis? 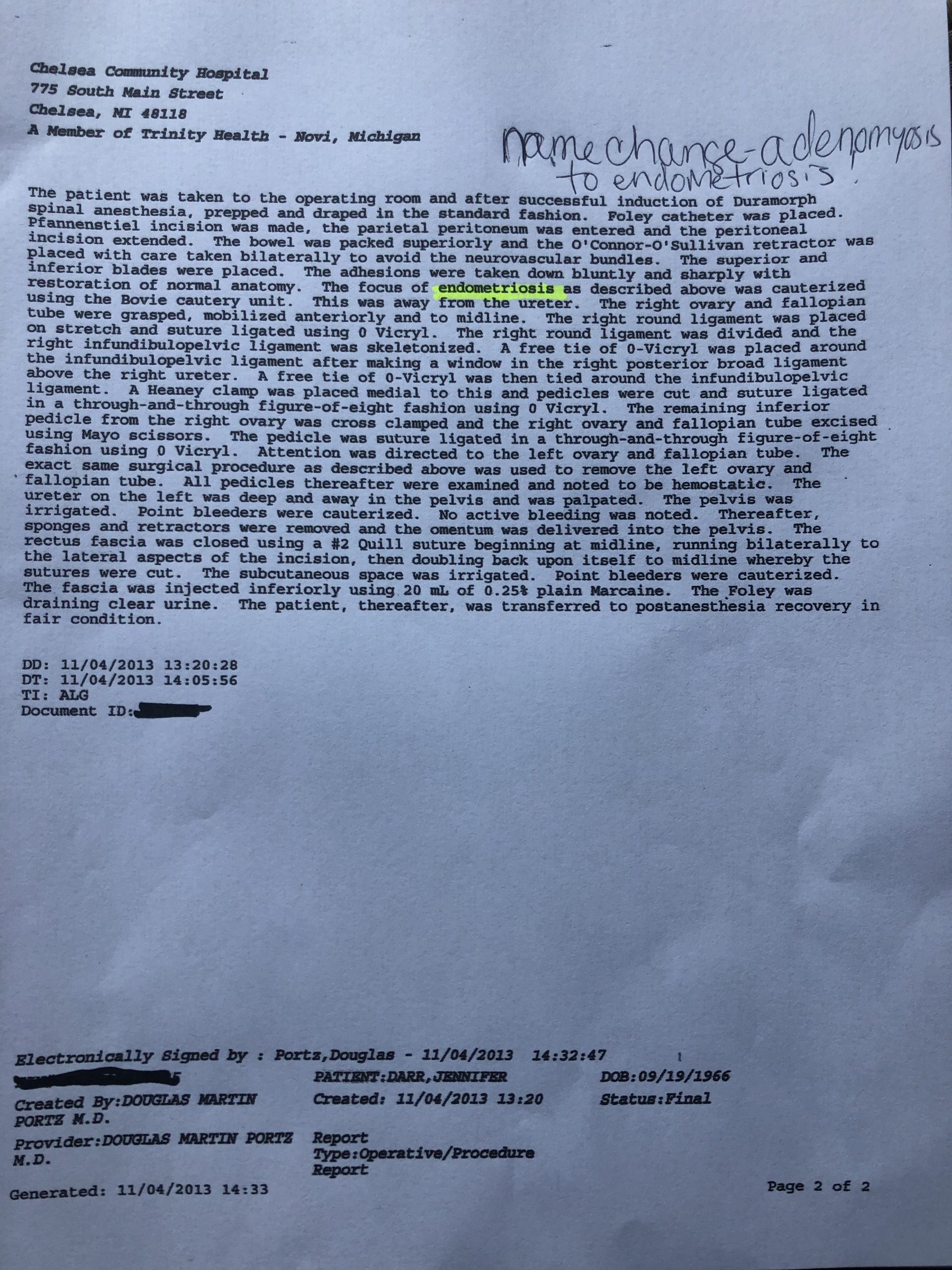 The 4th and finaly surgery was to take out my now said bad ovaries because of NEW ovarian cysts that were  growing rapidly on them, and not in them…my ovaries!  Here is what the pathology report said: 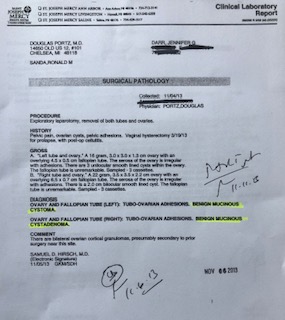 Wait, I though the doctor said endometriosis? I guess he is uneducated?

NO ONE  ever suggested that adenomyosis could be the cause of my legs swelling?  I guess they were not educated?

“Endometrial cancer arising from uterine adenomyosis may be difficult to diagnose. Awareness of this entity and careful ultrasonography are likely to reduce diagnostic delay.” http://www.irog.net/download/?magazine=83#page=67

“Adenomyosis appears to be associated with less aggressive tumor behavior of endometrial cancer, suggesting that it may have inhibitory effects on the progression of this disease.” https://link.springer.com/article/10.1245/s10434-014-3880-6

As my story goes, I went to doctor after doctor!  I had breast, bone, and thryoid cancer scares and I finally understand why…adenomyosis causes Cancer or something similar?  I was never diagnosed with thyroid issues from a medical doctor nor was on  thryoid medications until after all of my surgeries…how bizarre…and..during another ER run..I was diagnosed with hypothyroidism, on June 8, 2014.  (I documented all of my doctor visists and ER runs in my book, Overcoming Lyme Disease, if you want to see all the diagnoses I was given.)

As you can see, I have something attacking my thyroid! 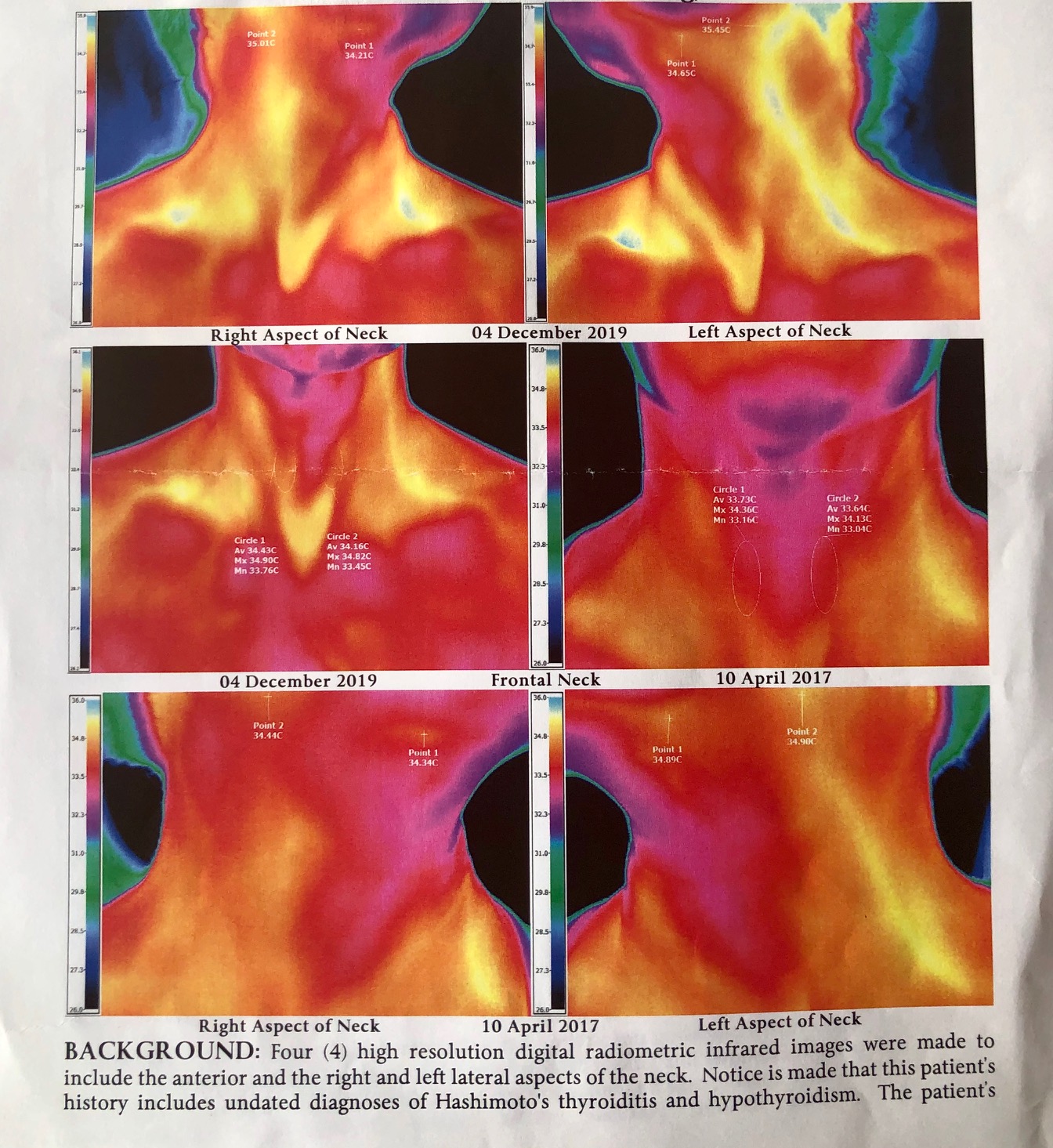 So, if they don’t know about this disease, how are they going to treat it?  More importantly, how many people are suffering and are not getting help?

I wrote about the Nagalase enzymes in my book, chapter 9, and how these enzymes are being put in needles which helps cause autism!  Well, I guess that nagalase enzymes are  not just causing autism… they can cause cancer as well. Why didn’t any of my doctors ask to run this simple test to help validate a pathogen attacking me? 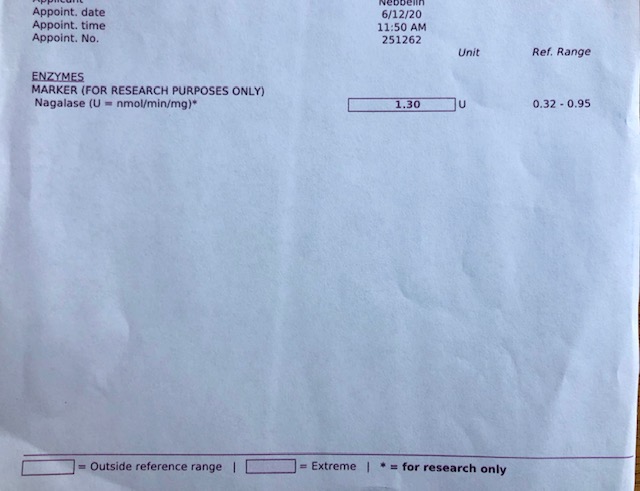 Wait, I know why….I was also diagnosed with Lyme disease!  I suggested to run a Lyme test after my holisitc doctor, Richard Easterling, said so.   The non accurate Lyme test that I talk about in my book gave me 2 positive ELISA tests, so I  was put on 2 weeks of antibiotics. The very last day of my antibiotic  I started to throw up non stop for 9 days straight! I ended up at U of M ER while I was still waiting for Western Blot results.  I was asked if anyone ever diagnosed me with COPD?  I told them no, I was diagnosed with Lyme and I was needing to see if the antibiotics were working and that I needed a  Western Blot test!  I was informed that U of M does not diagnose nor treat Lyme disease in the ER, and as far as I am concerned, I was sent home to die! The next day my doctor office ordered the  Western Blot test, but the labs in Michigan did not know how to run the test! It took about 20 minutes for the lab to figure out what test to acturally run! Of course the Western Blot came back negitive!  (again, my story is in my book!)

So, I had an IGeneX test done after I was left for dead, and it came back  IGeneX and CDC positive on IgM bands. Wait, my medical doctor said the Western Blot was negative?  Hmmm…

I wonder why doctors are not warned about late stage Lyme disease?  http://www.actionlyme.org/clinical-pathologic-correlations-of-lyme-disease-by-stage-Steere-Duray.pdf

Wait a minute, I grew up poor!  Maybe I got this pathogen  from my cheap high school physical, shortly after the Red Cross came to our school and took our blood? Here is the document! 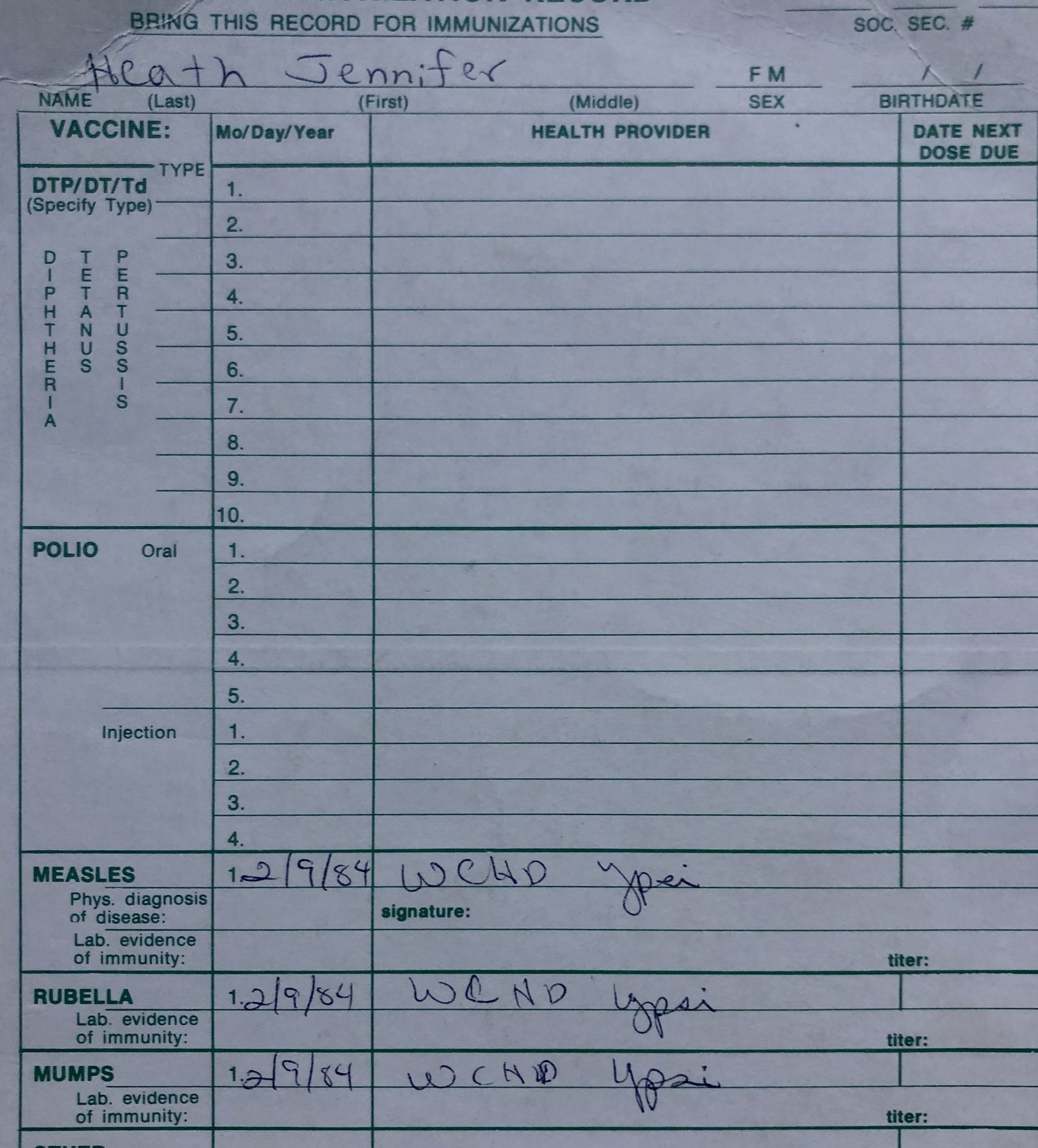 Of course I did not remember this so it is not mentioned in my book!

What will you do with this information?

10If you faint in the day of adversity,

Your strength is small.

11Deliver those who are drawn toward death,
And hold back those stumbling to the slaughter.

12If you say, “Surely we did not know this,”
Does not He who weighs the hearts consider it?
He who keeps your soul, does He not know it?
And will He not render to each man according to his deeds?

May God bless you and keep you,